Paper on the Planet’s side 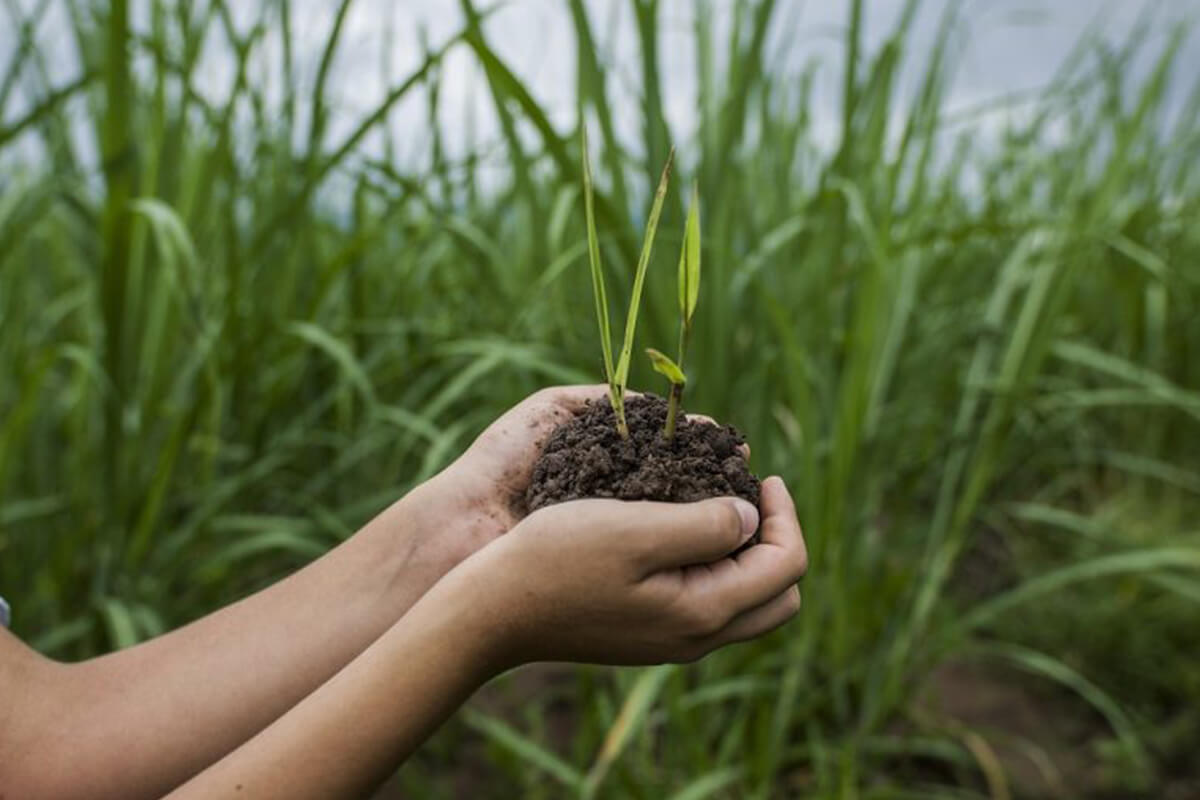 The Sabe la Tierra website interviewed the director of Ledesma’s Negocio Papel, Marcos Uribelarrea, who talked about the interesting origins of the Calilegua National Park, their compromise with sustainability, and the sugarcane paper, an alternative product produced with renewable resources, that positions the company within the sustainability paper market in Argentina and the rest of the world.

“What defines Ledesma compromise with sustainability and biodiversity is the preservation of Calilegua National Park, with 76 000 hectares of land for biodiversity. To make it simple, we are in a valley surrounded by hills and the humid cold front from the Amazonas meets the slopes, which in turn generate rains and water the valley needs to sustain the sugarcane production and the fruit production as well,” explains Marcos, who has worked in Ledesma since 2003.

Sabe la Tierra: Can we say this was the cornerstone towards sustainability?

Marcos: Most definitely, this was a landmark since it created a sustainability conception when no one else was talking about it. Because instead of using those hectares of biodiversity for producing, they were conceived to be part of a spectacular National Park, so there is where the concept of protected and productive landscape comes from. It comes from understanding the importance of preserving the Earth, because all products are born from it.

Sabe la Tierra: How was the Pro-Yungas Foundation created?

Marcos: It started in 1999 with the aim of finding balance among society, environment and production. Its mission is to promote biodiversity preservation and the sustainable development of South American subtropics. Just for you to imagine, only a third part of the land is under production. The rest is preserved land. Many national and provincial organisms participate in the reorganization of the territory, and we now have scientific and professionals being part of it as well. The Forest Law is originated and has its foundation in the Pro-Yungas model.

Sabe la Tierra: What is behind the paper then? Since it seems a bit more than what was originally conceived. 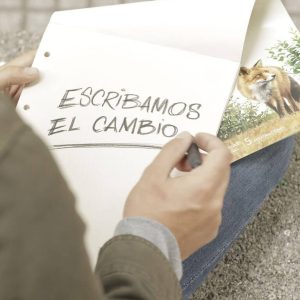 Marcos: Behind the paper as product, there is a conception of understanding that our sustainability comes from nature, and we need to have a respectful harmonic relationship, since one can produce taking care and preserving such a valuable landscape. The Yunga is actually the most valuable land in terms of biodiversity in Argentina; which means, the number of birds, reptiles, mammals, and endangered mamas, as the yaguareté.

Sabe la Tierra: What was your mission when you entered the company?

Marcos: I entered the company in 2003, and it caught might attention that all of these initiatives were not spread. So, we filmed a first video telling a little bit of this, of how the paper can be made from an alternative fiber, while at the same time we can take care of diversity, and how this related with the Pro-Yungas Foundation, which started granting us certifications for our products after three years of work. This foundation promotes, apart from a preservation perspective, an interesting philosophy that encourages assessing value and measuring the impact of even a small bird in the environment. Pro-Yunga Foundation produces honey and sweets, among other products, which contributes to a rooted community.

Sabe la Tierra: So, a positive impact to the community is part of the mission as well…

Marcos: Yes, indeed. On the one hand, how we produce sugarcane matters in terms of environment, just as how we produce our raw material and paper. On the other hand, the origin and genesis of the foundation is that we are doing this for biodiversity, as well as communities we seek to support in their personal development and livelihoods.

Sabe la Tierra: Do you measure the carbon footprint in your paper production?

Marcos: We are the first company to have carbon footprint verification in paper in Argentina, which is a strong advantage in our identity, not only for Ledesma Nat, but for our sheets ream, which we export. When you say: “This is my carbon footprint, here is its measurement and here is Ledesma Nat measurement”, it generally is a big surprise because is a pretty low carbon footprint. 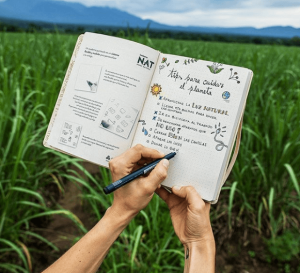 Sabe la Tierra: How important is in the buying or selling the fact that is made out of sugarcane instead of tree fiber?

Marcos: That is in constant change. It is something we have to understand. The world is producing paper made of alternative materials and not from tree fibers. The large-scale paper production made from trees is from the last 150 years. China uses rice straw, Egypt papyrus, Europeans wheat stray. Even here, in Argentina, one of the first factories used wheat straw to produce paper, and not trees. The trees as means to producing paper is relatively new. It was quite question at that time, just like gas oil industry, and that’s why paper industry has been working towards sustainability for years, and why technology that reduces the amount of water used has been developed.

Sabe la Tierra: Ledesma Nat paper is not white, and in this line, we should also change our customs, right?

Sabe la Tierra: Ledesma Nat paper is not white, and in this line, we should also change our customs, right?

Marcos: yes, is a cultural matter. If you see papers from the 50s, they were similar to the ones from Ledesma Nat. After that, the white culture came along, and during the 90s, it started to be measured with a concept, brightness, which measures whiteness perception from human beings. Today’s levels of papers are at a 94 %. But I’ve seen papers that reach the 100 %, you folded it and it seemed an impressive blue light beam. That was the 90s boom, but in the last years we started to notice there was a way back, a returning to natural perceptions.

Sabe la Tierra: those are similar processes found in flour or sugar whiteness, that are returning to more natural colors, without so many bleachers.

Marcos: It’s relatively new, it’s only about 3 years old. When we launched our first innovative notebook it was in 2010, it was the Ledesma + Bio notebook, which was awarded between the most sustainable five products in the world, in the most important library products fair in Germany, and it was a result of hard team work. Because one of the key principles of innovation is creating an innovating culture. And that implies people not being afraid of it. An internal force must be created for people to feel there are no bad ideas, and to encourage brainstorming ideas they came up with while showering.

Sabe la Tierra: And that should be done in an organic way… 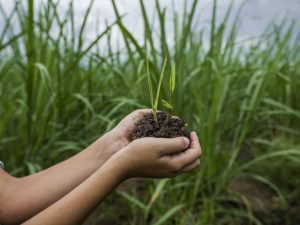 Marcos: There is a very fundamental thing in Ledesma. We presented two years ago Ledesma + Bio, the first product with natural paper with bioplastic wire and the bioplastic sugarcane flap. And a month before, Lego made its international launch of the first block kit made with bioplastic made from sugarcane, and we had the same supplier. Those two things combined contribute to the cultural perspective. I told the board and to everyone “you know what being at the same level that Lego international means?”… It basically means innovation, that you are already visualizing a much-progressed world. That’s why we need to cultivate these ideas in the culture, so there is no fear, and so the world knows you’re willing to take your chances. Just as you, in Sabe la Tierra, are doing. You know what? You may not change the world, but you’ll make it a little bit better than yesterday.

Hit enter to search or ESC to close